The award winner is announced during the award program.
Sponsored By: 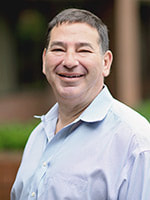 Photos from the 2019 Business Awards Dinner 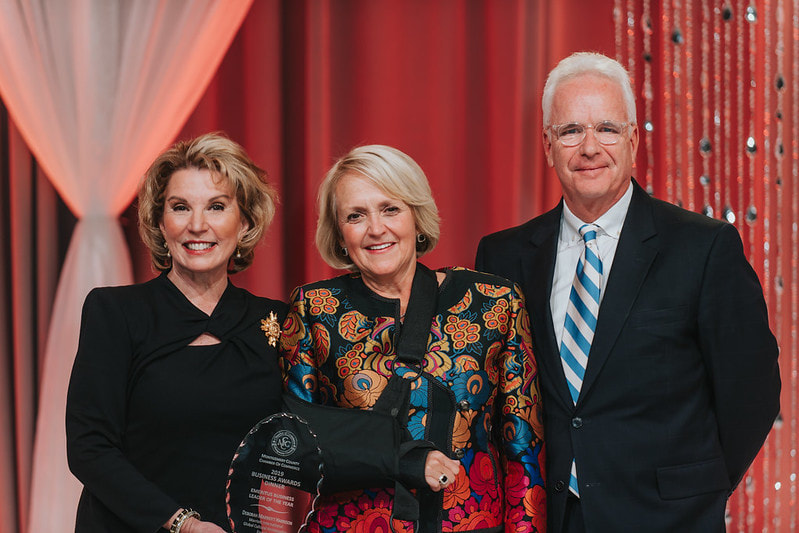 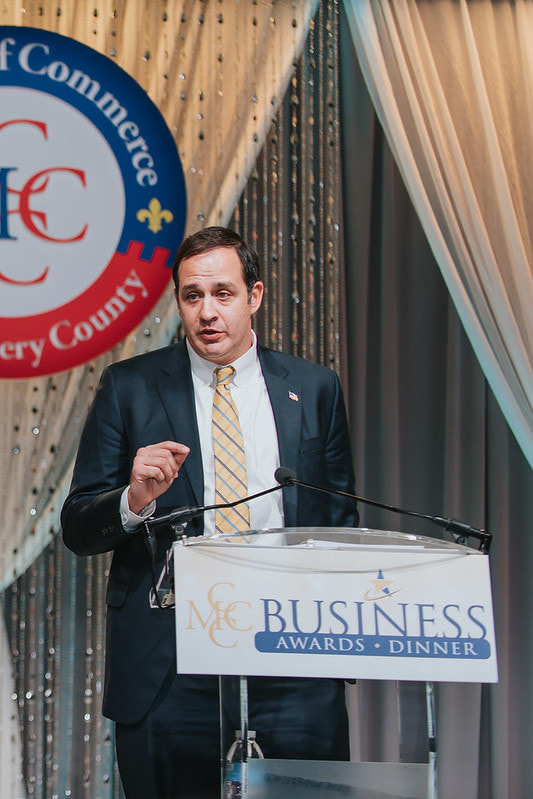 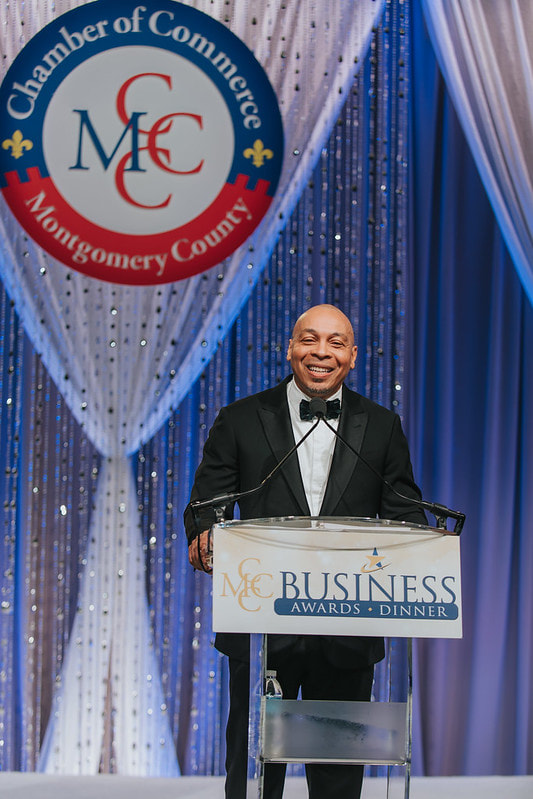 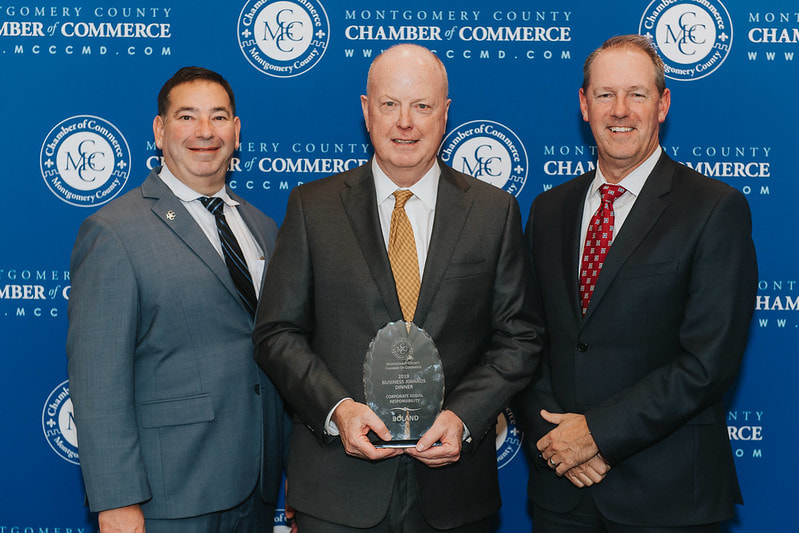 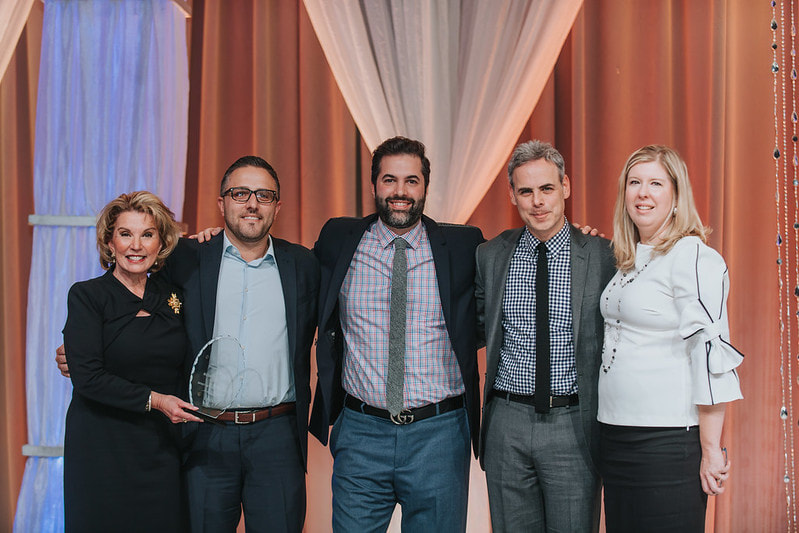 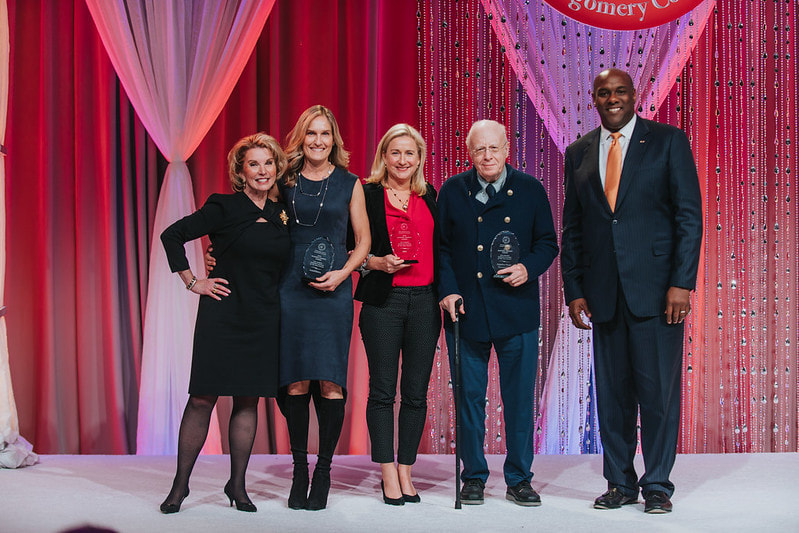 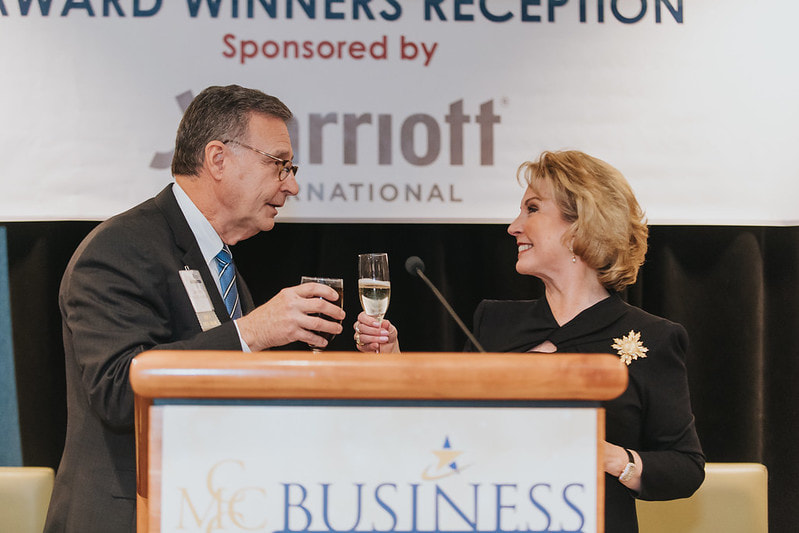 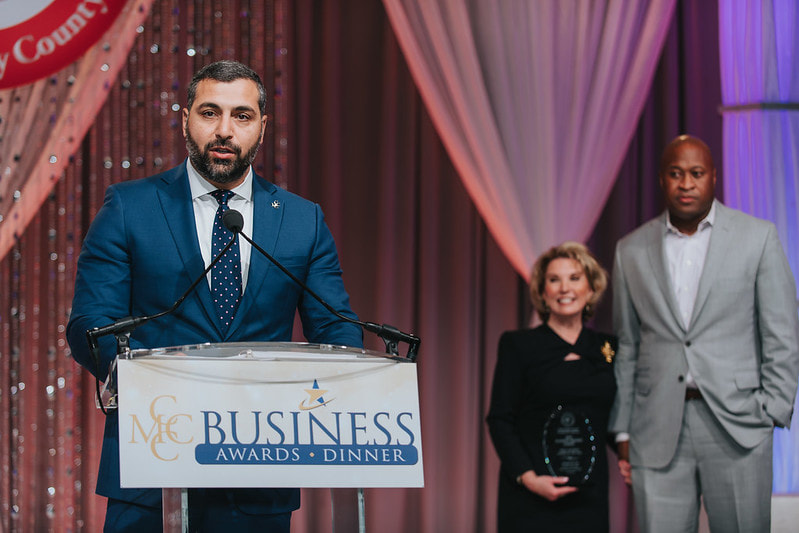 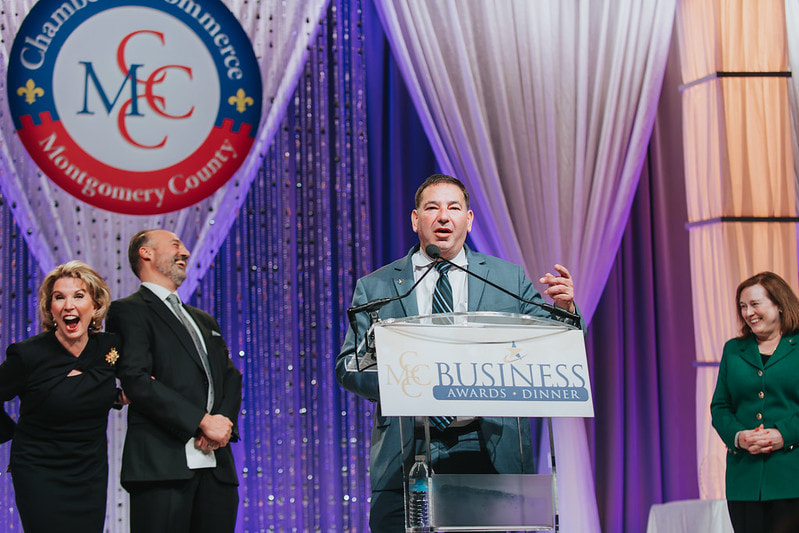 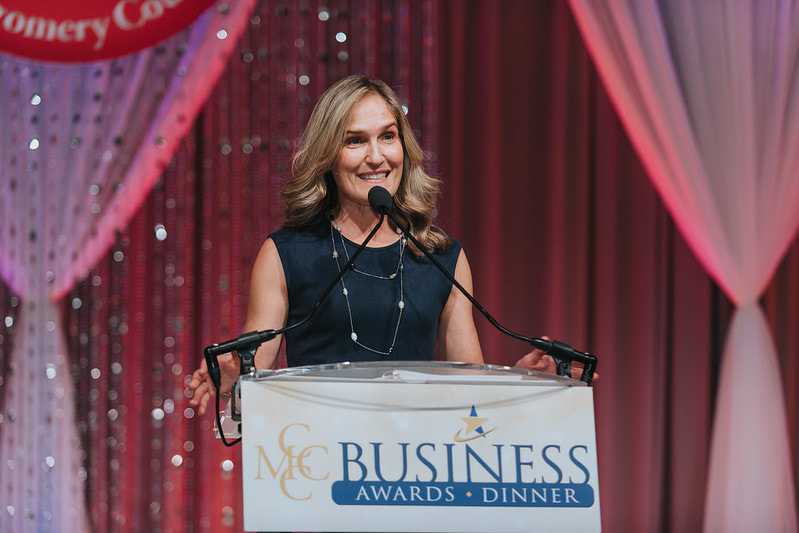 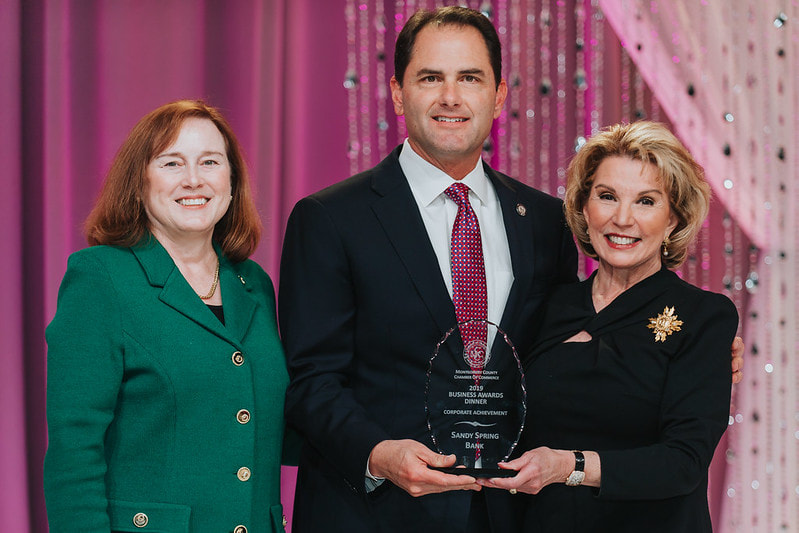 This award is presented to an individual or company that demonstrates leadership, innovation, commitment and good corporate citizenship in Metro Maryland and beyond. The awardee has set consistently high standards for financial performance, sound management, and sustained growth over a period of many years, and has made significant and lasting contributions to the local economy and the community.

This award is presented to an individual or company that has demonstrated exemplary business practices and dedicated involvement and unyielding commitment to community service and volunteer programs that enrich the lives of residents of Metro Maryland.

This award is presented to an individual approaching or newly retired and has had a substantial impact on the way business is conducted in Metro Maryland and who has shown, through many years of active and continuing service, a true commitment to the community.

Green Business Innovator of the Year

This award is presented to an individual or company in Metro Maryland that demonstrates ecologically-integrated business practices and leads change in the marketplace through the goods and services they provide.

Business Partner of the Year

This award recognizes a business or individual that demonstrates excellence in subcontracting and/or supports small business to accelerate their success, and meets the mission of GovConNet, "to promote the economic impact of the federal government presence and to advocate on behalf of the contracting community for business opportunities."

This award recognizes a public partner who supports the mission of GovConNet, "to promote the economic impact of the federal government presence and to advocate on behalf of the contracting community for business opportunities."

Small Business Leader of the Year

This award is presented to a successful small business owner or manager with 500 or fewer employees whose business has experienced substantial growth and whose leadership provided a positive impact on the business community in Metro Maryland.

This award is presented to an individual or company that is successful in business, a leader in promoting free enterprise and a competitive business climate and actively involved in making Metro Maryland a great place to live, work, and play.

This award recognizes an organization or individual headquartered in Montgomery County or Metro Maryland that has had a sustained and significant positive impact on national and global economic opportunity and wellbeing.

Three finalists are selected for this award. The winner is announced during the Business Awards Dinner.
This award is presented to an emerging company on the leading edge of innovation by creating milestones in technology and/or business that has achieved enhanced earnings and contributed to Metro Maryland’s reputation as an outstanding place to do business.
About Verl Zanders
In 2008, the  MCCC Board of Directors approved renaming the 'Emerging Business of the Year Award' in honor of Verl Zanders who sadly passed away that summer at the age of 61. For many MCCC members, our first introduction to Verl was on the Business Awards stage in 2006, when Z-Tech, the company he founded was named the Emerging Business of the Year. From 2006 to 2008, he served on the Chamber’s Board of Directors and he was the first Vice Chair of the Chamber’s Small Business Committee. In 2007, ICF International acquired Z-Tech. Soon after selling his company, he joined the Chamber’s staff as Director of Business Development. We were thrilled to have him on the team. Prior to founding Z-Tech, Verl worked for more than 30 years in the Federal government as a contracting officer and as a small business representative. Verl was the inspiration behind the Chamber’s GovConNet and was passionate about growing Maryland’s Federal contracting community. He was an extraordinary mentor to many small business owners. He used the power of his example to inspire others to succeed. Every day, we strive to follow the example he set.